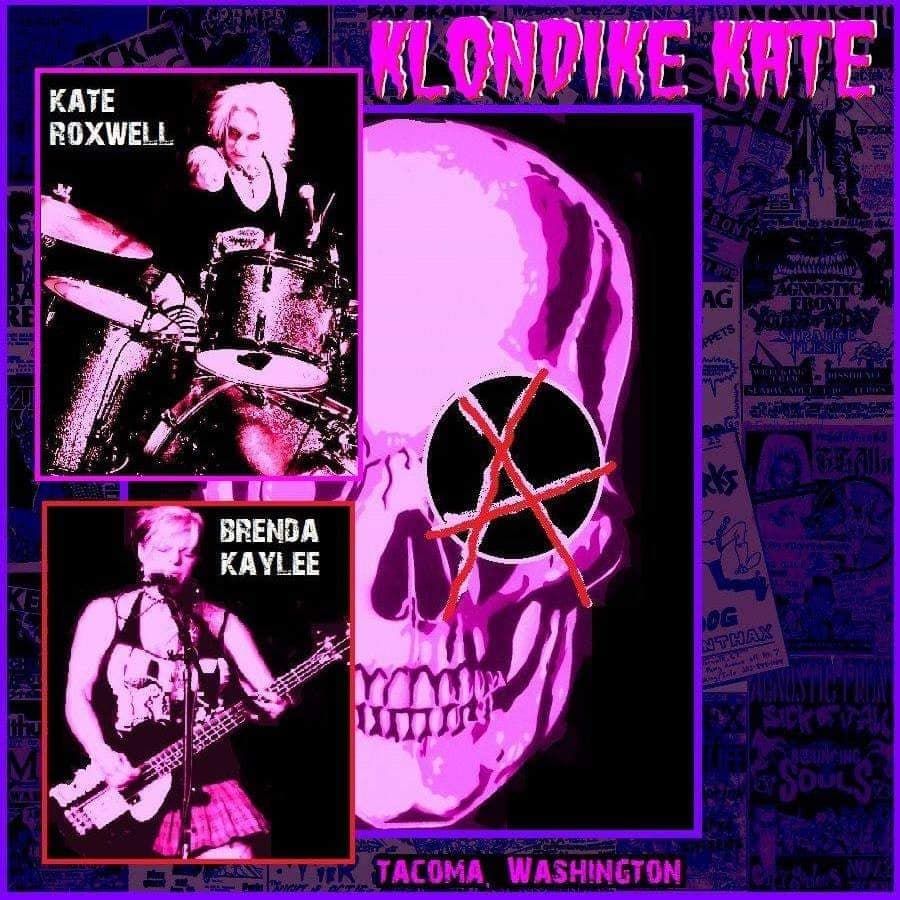 Klondike Kate is an all-female punk rock band from Tacoma, Washington. Started in 2009 by Kate Roxwell, the band has shared the stage with greats such as MDC, Angry Samoans, DI, Agent 86, Potbelly and more. In its early years, musicians from around Tacoma/Seattle area contributed to the sound. In 2012, the membership solidified after Kate met bass player, Brenda Davidson. Now on bass and drums, both women alternate lead vocals, interweaving back-up vocals throughout the music. There new album, 'Klondike Kate 13.5', released in 2018, are songs performed by the group from 2017 to 2018.