Jaime Crunchbird is the leader of Crunchbird, (The band) from Seattle that formed out of the ashes of the garage rock/poetry project Urbanilla. Jaime writes psychedelic punk rock for a 3-piece w/influences from rock, art, and literature as wide-ranging as Patti Smith, Iggy and the Stooges, John Coltrane, Throbbing Gristle and Jimi Hendrix to Appalachian fingerstyle guitar. The name Crunchbird evokes a punk rock cartoon because, as Jimi Hendrix once said in an interview, "Cartoons can do anything." Crunchbird played their first official show in August of 1987 opening up for Blood Circus at the now defunct Seattle incubator "Squid Row.”

In 1988, Crunch approached longtime friend Lonnie King(Dehumanizers, ASH, IMIJ ) to play lead guitar Captain Skillit Weasel (aka Scott Gear) to play bass, and Batcave Sean (Sean Anderson) on Drums- they agreed, and CB 2.0 was born. The sound became harder but more musical, bits of funk, blues feedback, and hardcore punk with poetry improvisations live. This line up allowed Crunch to concentrate more on the storytelling of his songwriting and live shows had a party atmosphere. This version of the band was active until 1992.

In 1994, Crunchbird released a solo acoustic album with session players Geoff Lane on bass and Erik Dannevig on drums called "Reject" – released on cassette only copies are rare and sought out by crunchbird enthusiasts. The sound is thoughtful w/ sparse arrangements. A sort of Noise Americana sound with the poetry of the lyrics still occupying the front and center space.

The Angelspit period marked a desire by Crunch to strip the music down and get back to a three-piece format and a noisier industrial influenced brand of punk rock. It was an ad in the Rocket that brought Crunch to bassist Scott Graham and drummer Jason Phillips. Their sound became edgier and nosier. As Angelspit, they recorded a 12 song demo (unreleased) and released a 3-song vinyl EP (collectible) on Seattle's Vagrant Records. Producer Erik 4-A was able to capture the unbridled energy and live chaos of the music.  Also, during this time they composed and recorded the theme song to the Seattle political talk and music show "Deface the Nation."

In 1998, after the dissolution of Angelspit, Jaime was introduced to session drummer and producer Simon Grant by Gordon Griffiths (Beluga, The Hard Rocks) and they bonded over a shared passion for ‘difficult' music. Hence, the Ultra-Renaissance period commenced. With bassist Tannar Brewer on board, they began a return to the Noise-Americana sound of the Reject period, and the backbone for the new album was conceived. "Tales of the Ultra-Renaissance” is a collection of dark, morbid songs about the futility and hope of believing in your dreams in a bleak society. At once alien and familiar, modern and traditional, the album takes you on a journey through the savage heart of the American dream. “Tales” features guest performances by Jack Endino (on drums) and bassist John Baker Saunders (Mad Season, The Walkabouts). Although there was no tour to support the album, bootleg copies have been traded among friends and fans of Crunchbird, and it has been circulated digitally for limited periods over the last few years.

Other adventures and misadventures

Crunchbird continued to play actively, between 1999 and 2010. However, in 2010, Crunch took a Sabbatical to take care of personal and career matters. In 2014, Jaime was interviewed by author Nick Soulsby for the book "How I Found my Friends: A Oral History of Nirvana.” The book is written from point of view of the bands that shared stages with them. As a companion piece, Soul Jazz Records of London included the song " Woodstock Unvisited" for the "No Seattle" compilation album. After the release of "No Seattle," Crunch began receiving requests from longtime fans and friends to play live.  Crunch feels honored and grateful for this new interest and has assembled a new iteration of the band. They are gearing up for activity in the Pacific Northwest, and beyond. In celebration of the re-release of the entire catalog on PIG records, a tour for the summer/fall of 2020 is being planned.

Crunchbird has shared stages with: Jaime has written for

Corrosion of Conformity The Tablet (Seattle)

The Whores of Babylon 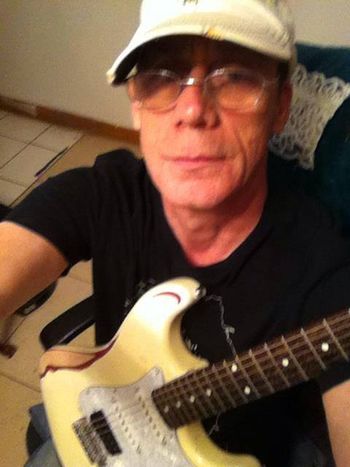 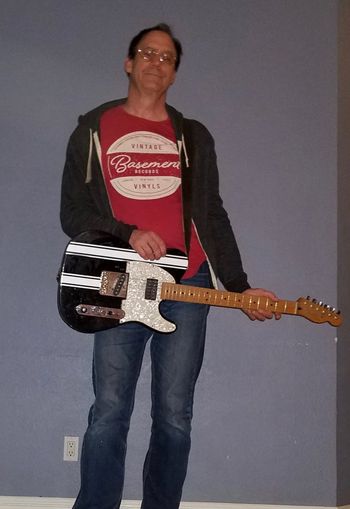 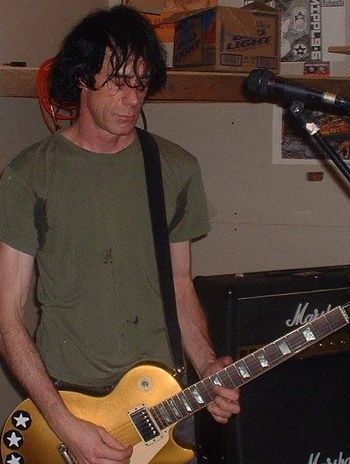 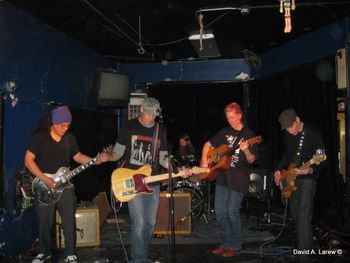