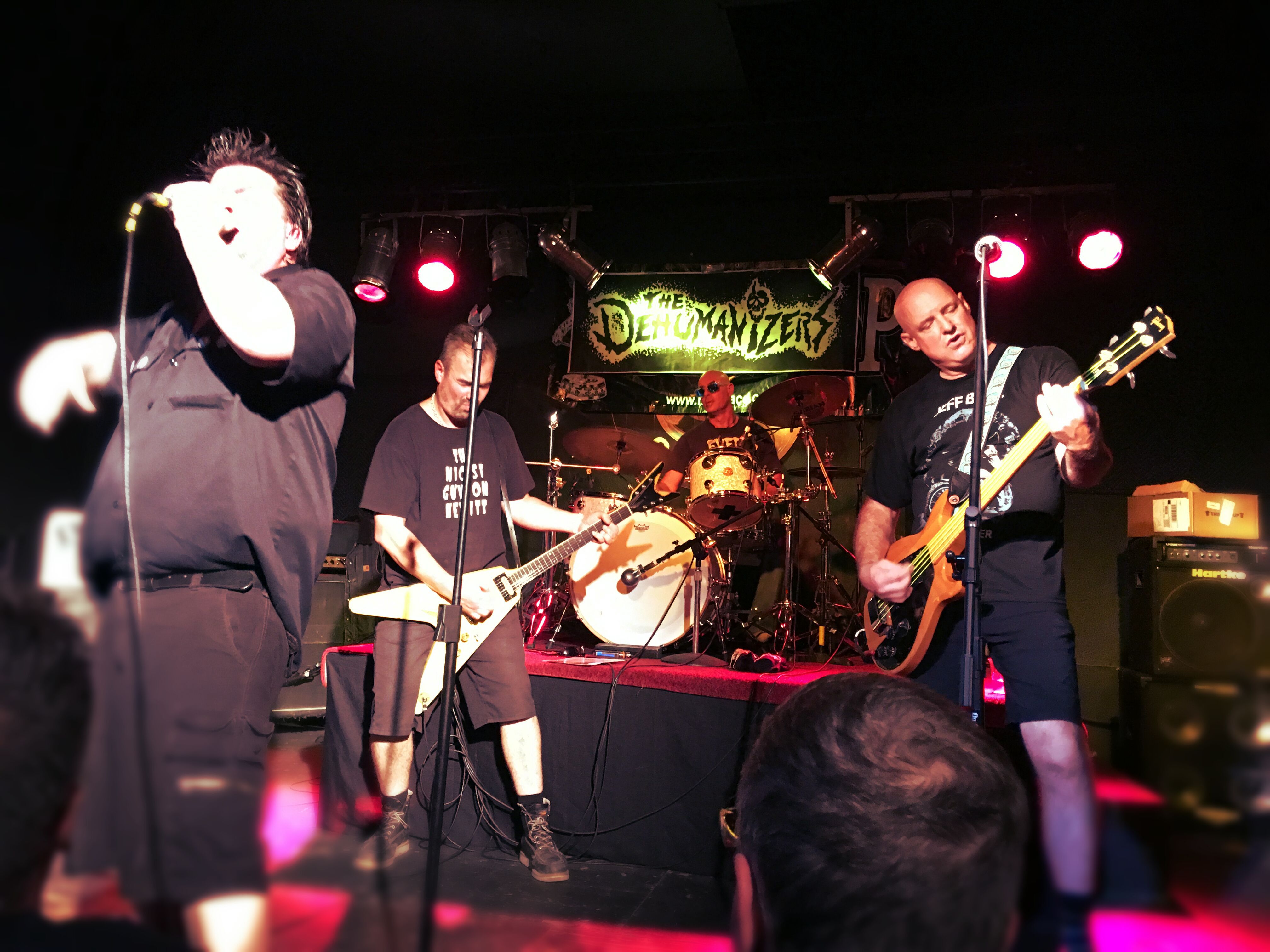 The Dehumanizers began as a bet between two brothers in 1984. David Ulysses Portnow bet his older brother, Infra Ed, that he could have far greater success playing the punk music that he loved, as opposed to his then current work as a union musician playing covers at parties, company functions, and bar mitzvahs. David came up with the name and had a band logo created. Because of David's marketing skills, the band started receiving international orders for a non-existent demo tape entitled "Save The World." One by one, Infra Ed laid down each instrument on each song that he wrote, turning a non-existent demo into a thriving success. All was well, but they still had no band.

A few years later, "Here's To You" was released, featuring the Kill Lou Guzzo line up on one side, and Joe Daut, Infra Ed, Lonnie Troll, and Muddy Watanabe on the other. Phil Bentz had taken a leave of absence.

In 1991, the band released a fourth album, "Go Hollywood," with yet again, a different line-up, featuring Infra Ed, Phil Bentz, and Keith Livingston.

Today, the Dehumanizers are community band featuring a rotating line-up. David Ulysses Portnow and Infra Ed are the two stable components involved with all line-ups. Mort, Joe Daut, Zoli, Lee Conley, and Infra Ed fill out the current roster. Mort also doubles in his internationally famous band, the Mono Men. Phil, Lonnie, Muddy, and Keith are welcomed to rotate in and out as needed.

The Dehumanizers play a unique form of Skate Punk, that is filled with humor, drug references, and politics. The constant line-up changes have been due to necessity, rather than loss of interest. Their rough lifestyles, drug use, and other inherant problems have led to several members being incarcerated or taken ill. These issues have not corrected themselves, and thus they prefer to have a rotating line-up. Recently, Joe Daut was taken into custody and extradited to Nevada for some serious narcotics violations. The band continues without him, but are awaiting his return. He will be back after his release date. It is a community band that functions as a dysfunctional family!

These punk rock legends are in their 24th year as a hardcore band and appear to have no let up. They have been called the Rolling Stones of punk rock. They will never start stopping.