As they once were 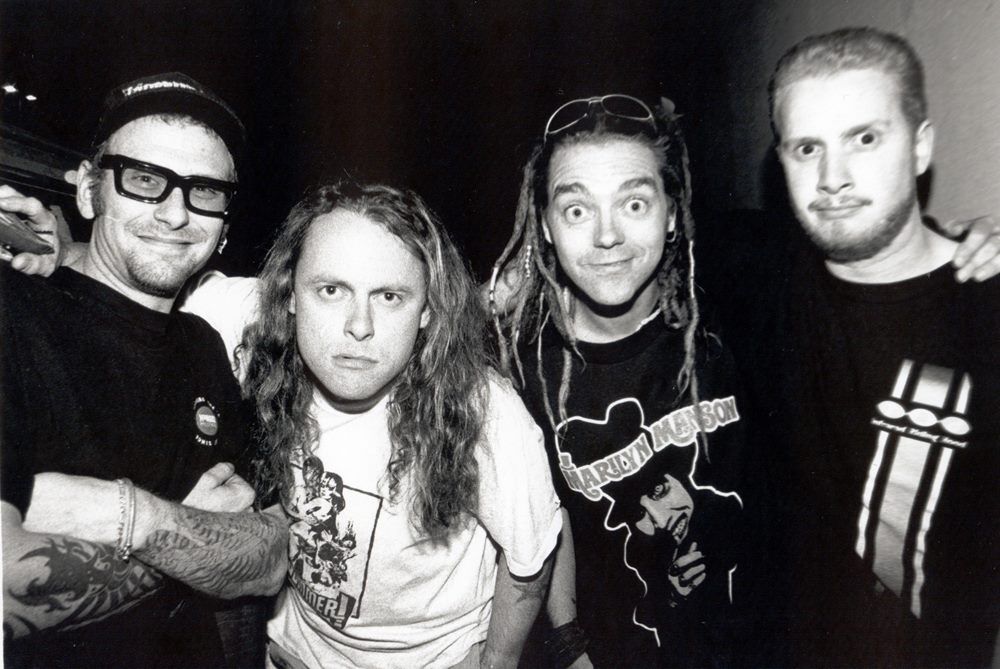 The Accüsed was created in 1981 in Oak Harbor, Washington by bassist Chibon 'Chewy' Batterman; drummer Dana Collins; and guitarist Tommy Niemeyer. John Dahlin was the vocalist from 1982 to 1984. The band's first two demo cassettes and their album, Please Pardon Our Noise, It Is the Sound of Freedom, released in 1983 drew heavily from hardcore punk. In 1984 the Fartz vocalist, Blaine Cook, replaced Dahlin.

In 1984 the band began adopting metal into their sound and dubbed their style "splatter rock", in 'homage' to their favorite genre of horror films. According to a review, "Their hybrid musical formula was distinguishable by Cook's unusual choking-sound vocals, Niemeyer's muted, choppy, buzz-saw guitars, dark metallic riffs, and Dana Collins rapid-fire, double-kick drumming."[1] The band also created the zombie mascot, Martha Splatterhead, whose likeness (created by Niemeyer) adorns most of their albums and many of their promotional items. A recurring theme in the band's lyrics involve Martha Splatterhead coming back from the dead to eviscerate and slaughter rapists and child molesters.

According to reviewer Jeb Branin, "I was writing for a zine in Canada called Northern Metal that reviewed the new LP The Return Of Martha Splatterhead giving it a 0.0 rating and absolutely crucifying it in the review. It is the only 0.0 review I remember ever seeing in Northern Metal. They hated it so much I knew I had to buy it. As I suspected, the album was a masterpiece of hardcore hysteria."[2]

The LPs More Fun Than an Open Casket Funeral and Martha Splatterhead's Maddest Stories Ever Told quickly followed, as well a number of other annual releases. Starting with Hymns For the Deranged, the band also began working with Seattle producer Jack Endino, and their next album, Grinning Like An Undertaker, with Josh Sinder now on drums, was released on Nastymix Records followed by the EP "Straight Razor".

The band maintained an active touring schedule, and according to a review, "...live, The Accüsed were untouchable ... the whole band was a frenzy of epileptic gyrations, although Blaine's high flying leaps and bouncing off the walls like a deranged gnome were definitely the highlight ... even in today's underground you aren't going to find a more devastating band than The Accüsed."[2]

The Accüsed took an 11-year hiatus in 1992, with members taking time to play in other Seattle bands, such as Gruntruck.

The Accüsed re-formed in 2003, playing live shows in the Seattle area, and in 2005 released the album Oh, Martha! on the band's CONDAR label. This "comebackrecord" landed on Revolver magazine's Top Ten Albums of the Year and writer's lists from Metal Maniacs magazine. Oh, Martha! followed the tradition of many earlier releases by The Accüsed in that it featured a track with a guest lead singer. In this case, guitarist Tommy Niemeyer sang lead vocals on the angry "13 Letters" (though no lead vocal credit was printed on the album). In 2006 a limited-edition, split 7" with Whidbey Island WA's punk icons Potbelly was released. The Accüsed 2003 reunion line-up was short-lived, however, as a newly reformed version of the band surfaced in 2006, and yet another incarnation in Summer 2019.

In 2009, the band released their sixth full-length album, The Curse of Martha Splatterhead,[3] via Southern Lord Records. The album's first pressing sold-out quickly and received widespread critical praise, forcing Southern Lord Records into a hasty 2nd-pressing of the CD title only weeks after its release. In 2010, the band was included as a part of the soundtrack for Namco Bandai Games' 2010 remake of Splatterhouse. As of April 28, 2019, the Accüsed are, according to founding member and guitarist, Niemeyer, "...once again ACTIVE; with NEW material slated to be released Summer 2019, as well as a vintage 1983 Live gig from Missoula, MONTANA coming out on P.I.G. Records in 2019..." Niemeyer states The ACCUSED will also be performing LIVE gigs in select markets accompanying both releases Summer 2019. 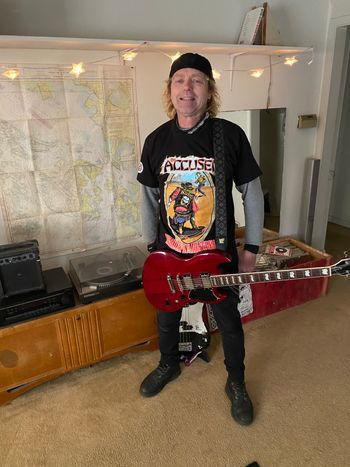 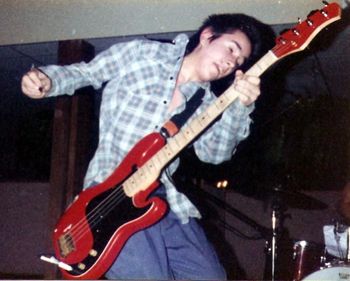 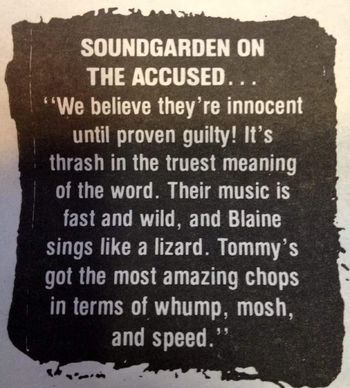