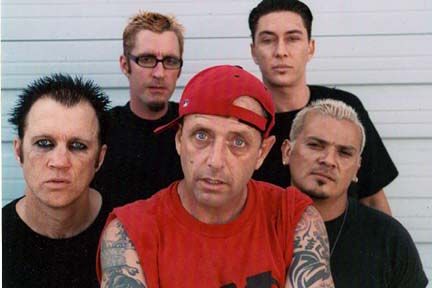 Since forming in 1981, D.I. has had many line-up changes over the years and Royer has been the only constant member of the band. The rotating line-up usually consists of former members of the Adolescents and Social Distortion (including brothers Rikk and Alfie Agnew). The band has continued to work, although they have had inactive periods, which include the band going on hiatus between albums. During their years of touring and recording albums, D.I. have never gained a huge mainstream success, but they have influenced many of the mostly formed in the 1990s melodic hardcore punk and punk rock revival bands, including Face to Face, Guttermouth, Jughead's Revenge,[1] The Offspring, and Pennywise.[2] Members of the band also joined up with Daddy X and the Dirtball of the Kottonmouth Kings, to create the punk rock band the X-Pistols, in 2010.