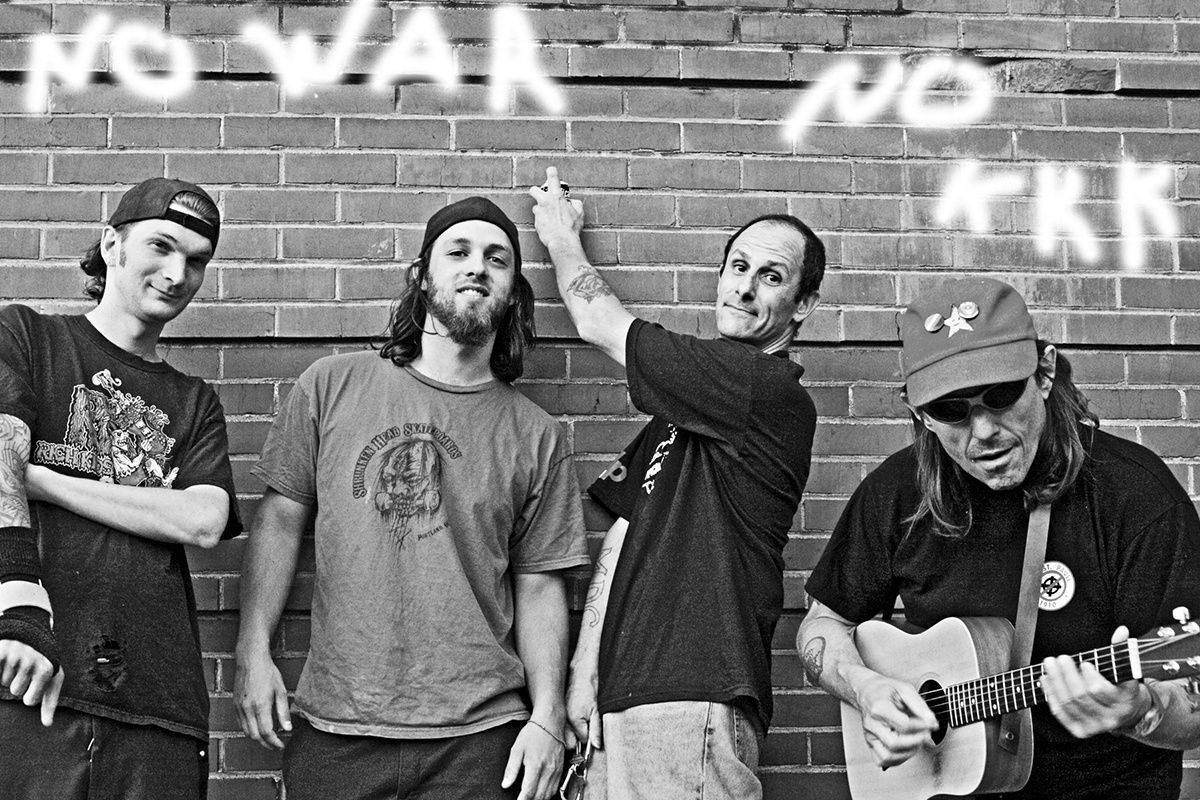 MDC (Millions of Dead Cops) is an American hardcore punk band formed in Austin, Texas in 1979. The band was subsequently based in San Francisco, California, and are currently based in Portland, Oregon. Originally formed as The Stains before changing their name,[1] the band also changed their name to a different initialism of MDC with every new record released. They play fast hardcore punk music espousing far-left sociopolitical ideals, with singer Dave Dictor expressing his animal rights, gay rights, transgender rights, pro-racial equality and anti-capitalist convictions.

MDC's singer, Dave Dictor, returned with an entirely new backing line-up in 2000, which included Long Island musicians Matt Van Cura,(bass) Erik Mischo,(guitar) and John Soldo,(Drums). MDC released a new album, Magnus Dominus Corpus, in 2004. They took part in a 25th anniversary world tour in 2005, with an all-original lineup. Following the death of Mikey Donaldson in September 2007, MDC has been touring the U.S. and Europe extensively with the Dictor/Posner/Smith/Schvitz lineup.

Recently, the band has been based in Portland, Oregon.

In November 2016, MDC released a video for the forthcoming release of a new recording of "Born to Die",[8] made to protest the Donald Trump presidential campaign. The song's slogan "No Trump, no KKK, no fascist USA" was reported to be heard at anti-Trump demonstrations in Chicago.[9] At the 2016 American Music Awards on November 20, the band Green Day adopted the anti-Trump slogan for a controversial impromptu chant during their live on-air performance, which Dictor applauded and encouraged.[10] The media spotlight Green Day's action put on MDC inspired the band to create new material based around the current political climate.[11] The album, entitled Mein Trumpf, was released in 2017.